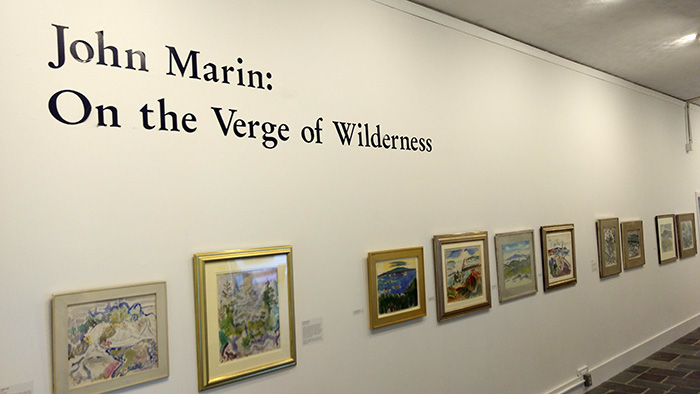 I drove to Maine recently to welcome my brother, who had just completed the northern half of the Appalachian Trail, for a celebratory dinner. The traffic northward was as bad as can be expected on a summer Friday, but I planned to avoid a lot of it by stopping off in Ogunquit for a special exhibition of John Marin’s paintings at the Ogunquit Museum of American Art.

John Marin is one of my favorite artists. I really have to work hard when viewing his work. His paintings are examples of the best distillation of visual elements that I have ever seen. He captures motion, light, and drama in so few strokes, that I am always amazed. We have seen a lot of similar ‘abstracting’ since, but to be painting this way in 1919…awesome!

Here are some highlights and special favorites: 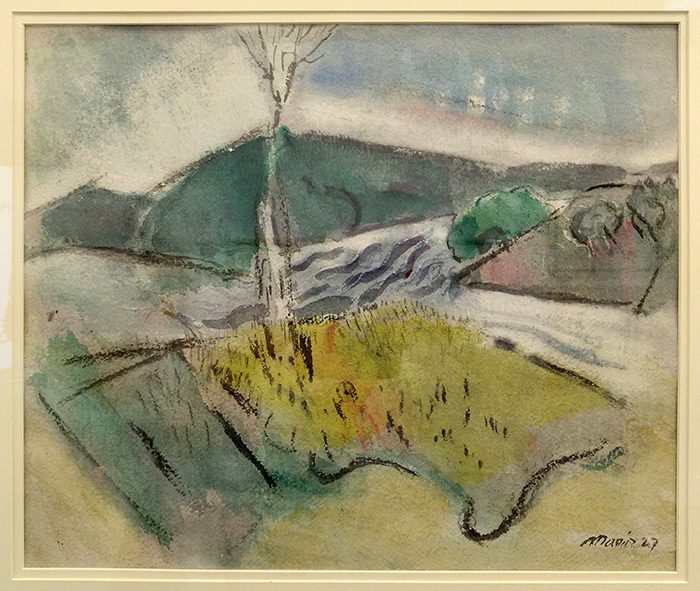 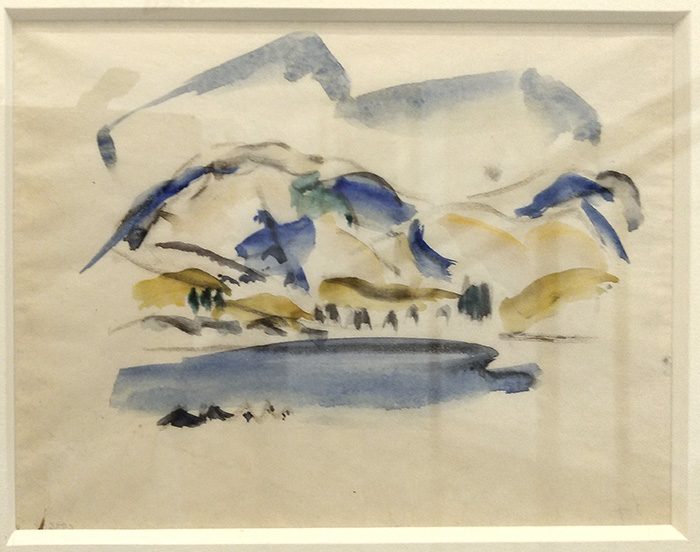 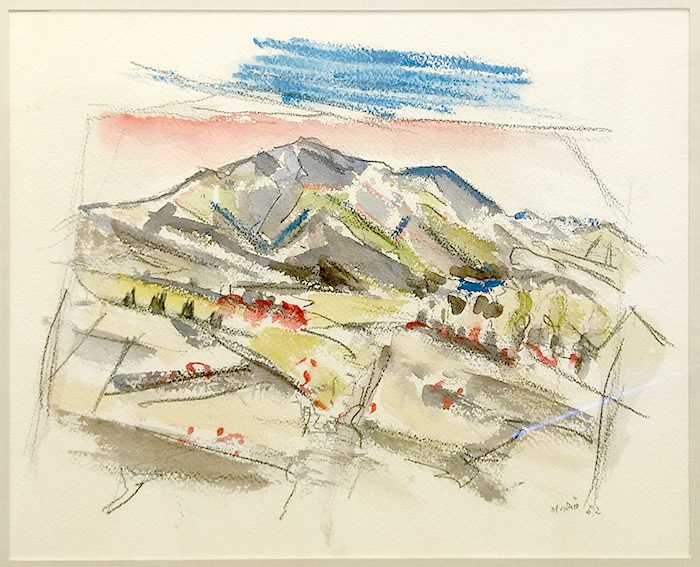 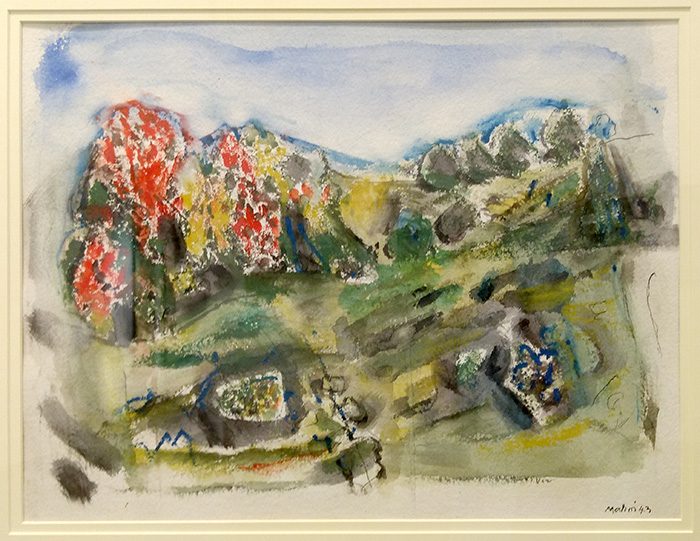 The twenty-five works cover a period of summers from 1914 through 1953, and locations that included Stonington, Deer Isle, Cape Split at Pleasant Bay. Michael P. Mansfield, the Executive Director and Chief Curator, in his essay, writes:

Marin worked primarily in watercolor. With its unruly fluidity and peculiar sense of chance, it was a medium particularly suited to his Maine environment. The paint itself mirrored his surroundings. Marin’s rendering in the wilds of Maine stand apart from his more urban contemporaries, leading him to uniquely bold and loose compositions that mixed realism with complete abstraction–each stroke informed by the forces and cadence of nature and seas around him.

Mansfield gives us a quote from Cleve Gray in John Marin by John Marin, that I love. He says:

Rather than simply “painting a picturesque corner of his New England world, he painted elemental forces. He painted the movement of the earth.”

A true delight, the exhibition runs through August 29, 2017. If you can’t get there, a catalog is available from the Museum. But you should try, you will also enjoy the gardens and the outdoor sculptures as well as a stunning views of the ocean.

This site uses Akismet to reduce spam. Learn how your comment data is processed.